Beware of the Fashion Method by Michael Hill. It’s unfashionable and unprofitable!

Beware of the Fashion Method by Michael Hill. It’s unfashionable and unprofitable!

A lot of people have recently gotten into trading binary options as a way to create a second income, myself included. There are dizzying numbers of websites designed to help traders with their quest for winning trades, and unfortunately some of them are just scams. In fact, too many of them are and one such site is the Fashion Method by Michael Hill.

I really wish I had never heard of the Fashion Method and its founder, Michael Hill. I’m beginning to wonder if that’s even his real name because his method is definitely not the real thing and all it did was cost me money. The entire idea of this venture was to make money, not to lose money! If I had money to burn, I wouldn’t be trying to supplement my income. But Mr. Hill doesn’t care, he’s all about his bottom line, not mine.

I probably should have checked his reputation out a little better because, since then, I’ve read one bad Fashion Method review after another. I’ve even found out some disturbing things about his website. The first one is that it is really new, is registered for a short duration, and was probably started just for the purpose of sending unsuspecting traders to Opteck, his “trusted and authorized” binary broker that he says he uses personally. As soon as I signed up with Opteck, they started hounding me to fund my account right away. I guess that should’ve been an immediate red flag, but I guess maybe I was blinded by the Fashion Method’s slick website and positive testimonials.

Oh, and about those testimonials. Most of us seem to take testimonials at face value. I know I do. The people look real enough and all, so they must be, right? Wrong! I found out, after some more in-depth research, that apparently the majority of the “real people” in the Fashion Method website’s testimonials are just paid actors! They never invested with Hill or Opteck and they certainly never made any money trading binary options with his alleged “secret method”. One such actor has been seen on testimonials for numerous other products using different names like Studzinski and Myhill. Not very realistic names, but the first one is pretty funny. Unfortunately, the amount of money that I lost by following the Fashion Method was not. I’m actually embarrassed to say how much it was in total before I saw that the secret method is just a secret scam.

[box type=”warning”] Not only is it a scam, but YouTube has even flagged the Fashion Method video posted on their site as being a possible scam. In fact, Michael Hill apparently received so many negative user comments that he had to disable the user comment button on YouTube, so now nobody can say anything bad about his secret method and warn other unsuspecting individuals that they could lose their hard-earned money with the Fashion Method like they did. This is what it says on YouTube, “Published on Dec 25, 2014 o YouTube users flagged this video as possibly spam, a scam, or deceptive content.” Youtube.com/watch?v=8FqHQZL0hyM[/box]

In addition, Fashion Method has received suspicious ratings from other website rating services. Also, their contact information has been hidden by using the Whois service. Interestingly enough, Michael Hill (or his picture) is being used by another website that is selling bathroom fixtures. That in itself is weird.

Michael Hill, a self-proclaimed former banker, says that his secret method doesn’t require any former experience or knowledge. He also says that, once you understand it, you’ll see just how profitable it is. Well, unfortunately the people who have used it found out that it is anything but profitable, and that indeed a Fashion Method scam has been perpetrated and they’re the victims. Obviously, the only people who benefit from the Fashion Method are Hill’s alleged trusted binary broker and Mr. Hill himself. Opteck gets new clients who deposit money with them and he gets a commission off of every one he sends to them. And, with the amount of traffic that he’s generating from his massive advertising campaigns, he’s probably getting some pretty good advertising dollars as well from other companies and their websites.
From everything I have been hearing, I decided that a binary options robot would be a better way to go. They’re automated and carry less risk than other methods like the Fashion Method. So, in the event that you’re a beginner who is interested in trading binary options, you might want to choose autobinaryrobots.com for advice on which binary options robot to try for a better and more profitable experience. Our site offers impartial reviews of binary options robot sites, so you can choose for yourself which one is best for you. Personally, i have been using some of the robots we recommend and have been making money instead of losing it.

[author] [author_image timthumb=’off’]http://autobinaryrobots.com/wp-content/uploads/2015/05/team-Miadi.jpg[/author_image] [author_info]Miadi is an advanced binary options trader who derives joy exposing all the dirty secrets by many binary option scams. She’s a die hard fan of Barcelona Football club. In her spare time, she enjoys shopping and swimming.[/author_info] [/author] 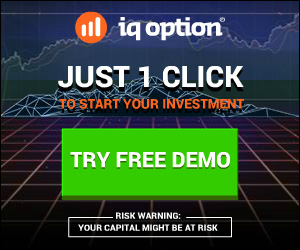 The trouble is that fame of these software robots has attracted dubious copycats to the market, over-saturating it with binary options auto-traders that are nothing but a rip-off.

Here, we present you with the ultimate online resource that’ll help you tell the binary option robot scams apart from the more viable options. We’ll ensure that you avoid the scam brokers and software, and find legit ones.

The worst binary options scams have been known to randomly generate trades, or they may even deliberately destroy your profits. Familiarize yourself with these trading robot names and avoid them at all costs as you invest in binary options.

Autobinaryrobot.com cannot be held liable for any damages incurred due to the usage of any information displayed on this website. The information and trading guides found on the website constitute the authors’ opinion only. Binary options involve high-risk and are not suitable for all investors. Binary options may not be legal in your jurisdiction. It’s visitors’ responsibility to make sure binary options are legal in their jurisdiction before engaging in trading activity… Read More